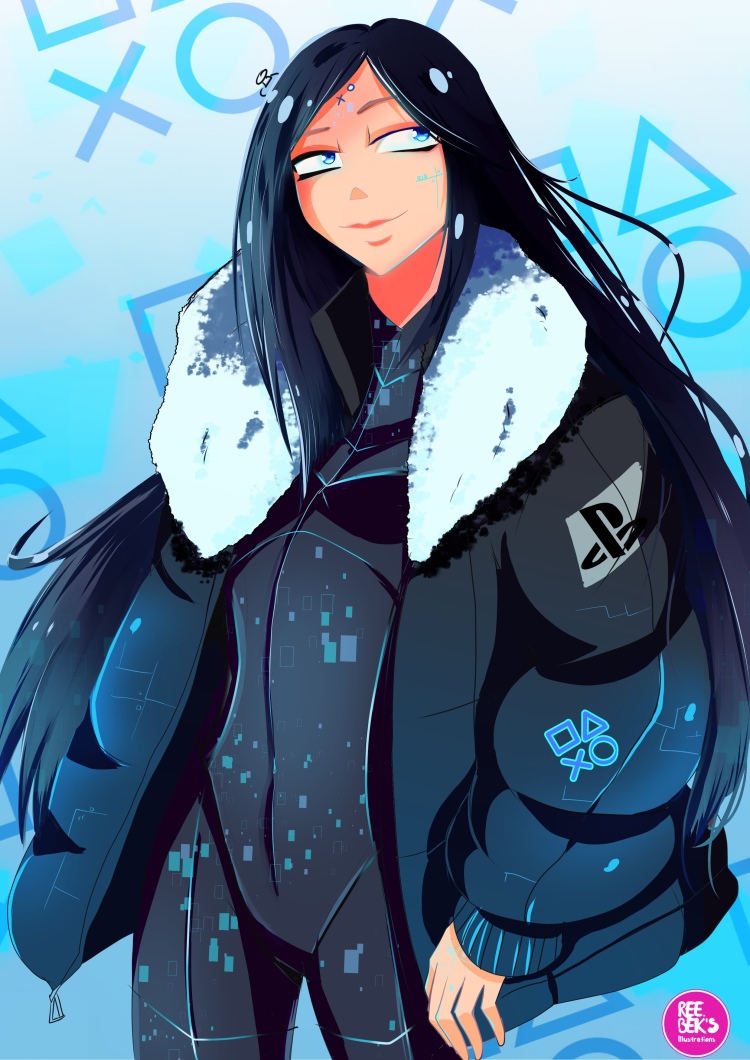 What if consoles gaming system were character, how would they look like?

This was inspired by a lavenderTown’s on YouTube video. ‘If Consoles was Cute Girls’. It was something that interested me to try out. lavenderTown’s version is cool, I especially like the Nintendo switch a girl.

The PS4 version was not as I imagined, so I did my own version. A girl with long dark hair and dark clothing. I had to be very careful with the dark hues, so I used more of a navy blue and light blue highlights. I actually based it from the PS2 colour scheme.